AUBER President John Deskins (West Virginia Univ.) presented the publications and service awards for the 2021-2022 year at the AUBER Fall 2022 Conference in Pensacola Beach, Florida. The organization is celebrating its 75th year of connecting economic research centers at universities across the United States and North America.

Past President Patrick Barkey (Univ. of Montana), chair of the publications committee, explained that these awards “… give us a chance to showcase and recognize some of the outstanding work that centers do to communicate their research.”

The Center for Business and Economic Research at the University of Nevada Las Vegas received the Award for Excellence in Print Publications for its “Population Forecast 2020-2060,” which was noted by the judges as being “… loaded with valuable information for policy makers and industry experts … well organized and the data is very thoroughly presented.” Center Director Steven Miller accepted the award.

The Center for Business and Economic Research at the University of Alabama received the Award for Excellence in Electronic Publications for its “Alabama Economic Outlook.” The judges commented that the submission was “packed with great data” and “easy to navigate, well written, and very professionally designed.” Associate Director Morgan Cordle accepted the award.

The Business and Economic Research Center at Middle Tennessee State University received the Award for Excellence in Websites for “Tracking Tennessee’s Economy,” which was “a cool interactive dashboard” with “tons of data” and noted as being “very impressive.” Center Director Murat Arik accepted the award.

Barkey commented, “We are here to recognize the winners, but we salute all of you who took part.” The winners will serve as judges in their respective categories for the next two years.

Shannon Furniss, a longtime contributor to AUBER’s marketing and engagement efforts, was recognized with an Award of Appreciation. 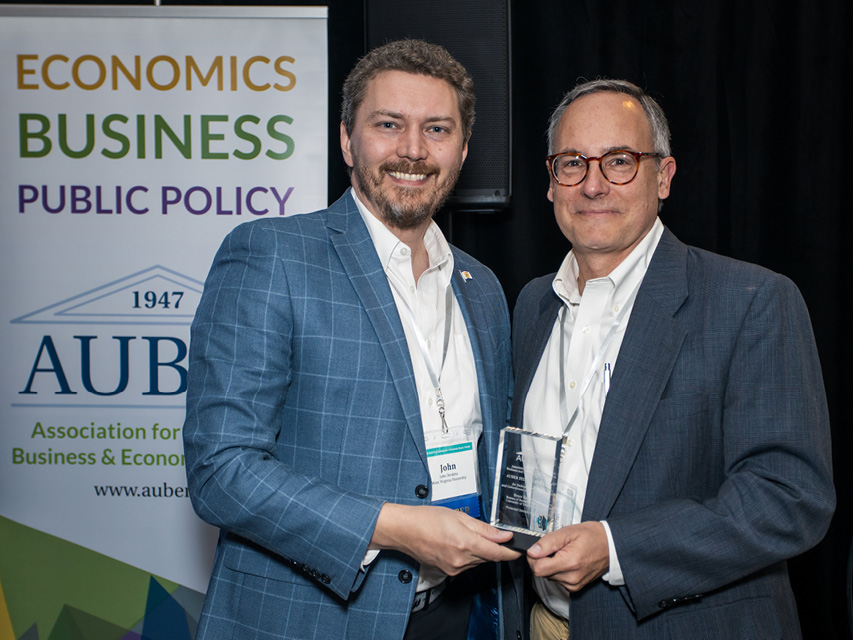 Bruce Kellison, director of the Bureau of Business Research at the University of Texas at Austin, received the AUBER Fellow Award for his dedicated service and commitment to the organization. 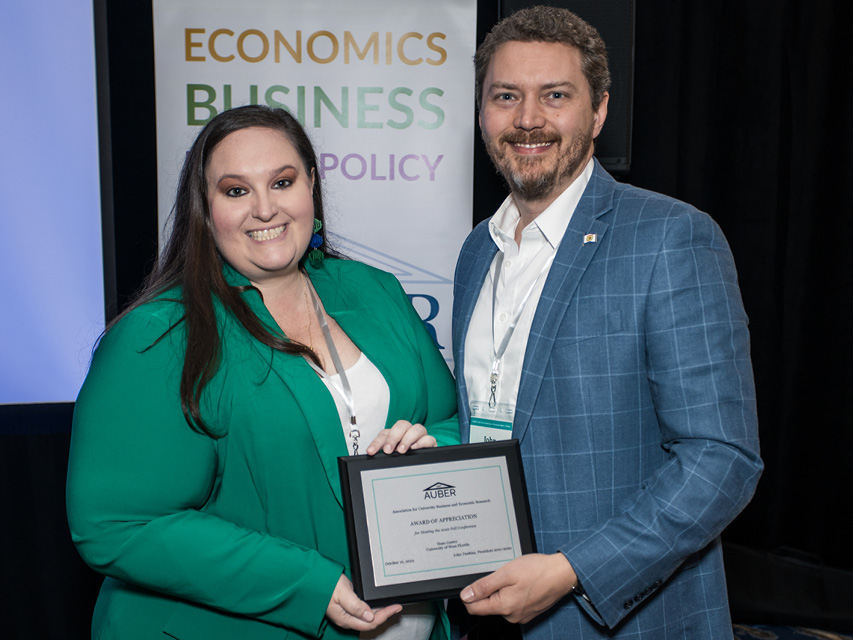 Finally, the Haas Center at the University of West Florida was recognized for its outstanding contribution as the 2022 Fall Conference host. Angela Sanders, assistant director of administration at Haas, accepted the award. The Haas Center is led by Director Nicole Gislason.

Information on current and past recipients of AUBER’s publications and service awards can be found in the AUBER award archives.