Directors and Officers Elected to Serve on AUBER Board 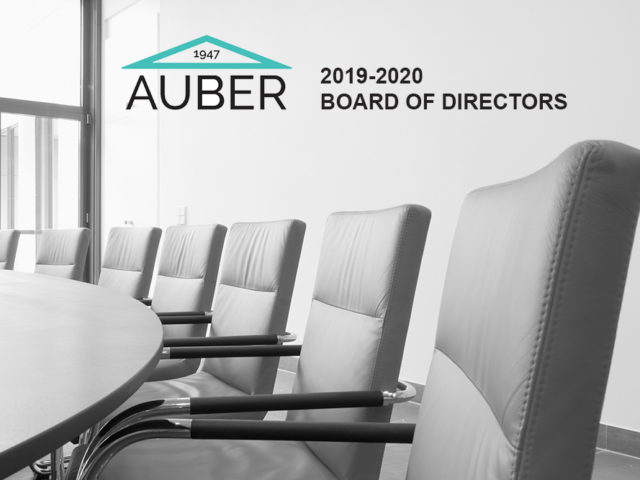 Press Release: The Association for University Business and Economic Research, a professional association of leading university-based economic research centers and affiliate organizations across the U.S., has elected several new officers and directors to its board.

Sean Snaith, the 2018-2019 AUBER president and director of the Institute for Economic Forecasting at the University of Central Florida, welcomed new board members and said, “I am thrilled to welcome our new president, vice president and board members to AUBER’s leadership group. These six individuals have long been thought leaders in their respective states, and they will reinforce and strengthen AUBER’s role as the nation’s premier organization for university-based regional economic analyses. Their election comes at a time in our nation’s history when non-partisan, data-driven analysis is truly needed.”

Snaith now moves to the past president officer position on the board and Patrick Barkey, director of the Bureau of Business and Economic Research at the University of Montana, becomes AUBER’s 2019-2020 president.

“It is humbling to follow the long history of prestigious researchers who have held this position, Barkey said. “I look forward to working with the leadership team to make our organization more valuable and relevant.”

AUBER’s newly elected board members include:

Other AUBER board members include:

Kathy Deck, past president of AUBER and executive director of Strategic Initiatives at the University of Alabama’s Culverhouse College of Business, also moves off the board after many years of service.

Secretary-Treasurer Michael Hicks said, “While these departing board members will be missed, they can look back on a period of remarkable membership growth for the organization. AUBER’s institutional membership grew by 12 percent over the past year, providing strong geographic coverage around the nation.”

The board elections were announced at AUBER’s 2019 conference held in Savannah, Georgia, hosted by the Center for Business Analytics and Economic Research at Georgia Southern University’s Parker College of Business.

Georgia Southern’s Benjamin McKay said, “It was our distinct pleasure to host the 2019 AUBER conference in Savannah. Our team enjoyed sharing the hostess city of the south with more than 100 of our AUBER colleagues. We know that the information shared at this event will help us to better serve our stakeholders in the coming year.”

For a complete list of board members and their bios please visit: