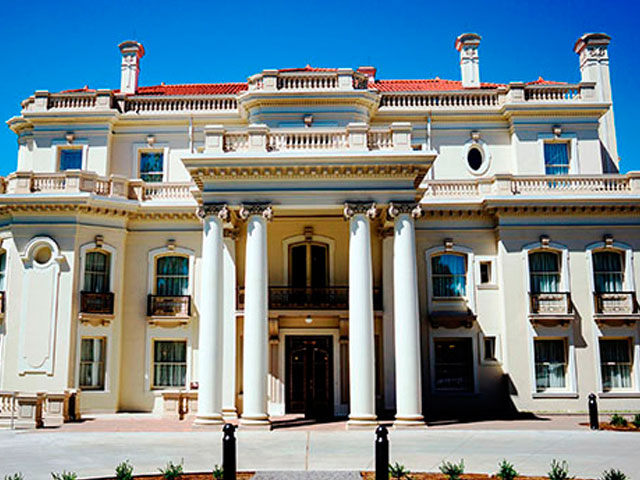 The Kem C. Gardner Policy Institute at the University of Utah is one of the state’s top 25 political power players that has “become ground zero for policy debate and research in the state,” according to a recent Salt Lake Tribune column. The Institute also has strong ties to the legendary former center director Thayne Robson and is the host of the 2018 AUBER Fall Conference to be held in Salt Lake City.

Five years ago, two centers with histories dating back 80+ years merged to form the Kem C. Gardner Policy Institute. The centers were the Bureau of Economic and Business Research, which was headed by Robson, and the Center for Public Policy and Administration. After Robson’s passing in 2002, AUBER created the Thayne Robson Award, and it is the highest honor a member can receive.

“Merging the centers was a good marriage,” said Jenny Robinson, associate director of the Institute. “The two groups were doing similar projects and had similar clientele. It made sense to pull together.”

With 28 people on staff and 15 students/interns, the Kem C. Gardner Policy Institute focuses on demographic research, economic and public policy research, and survey research and serves as the state data center for the U.S. Census Bureau, Robinson said.

A couple of the Institute’s recently completed projects include the 2018 Economic Report to the Governor and 50-year demographic and economic projections for the state of Utah and its counties (read more here.) The Institute has an impressive client list including the governor’s office, the Legislature, the city and county of Salt Lake City, and multiple state agencies.

Earlier this month, the Institute presented the governor’s report at the 2018 Utah Economic Outlook where Mitt Romney, the 2012 nominee for U.S. president, was the keynote speaker.

“The event was extra special this year because Mitt Romney attended and gave the keynote address,” according to Juliette Tennert, the Institute’s director of Economics and Public Policy. “Sometimes I have to pinch myself that we’re working here.”

While Tennert has only been at the Institute for two years, her ties to AUBER go back a number of years. “My first touch with AUBER was when I worked for (former center director) Keith Schwer at the UNLV Center for Business and Economic Research. I feel this great connection with AUBER because of the incredible mentor I had in Keith. I know how important the organization was to him.”

Tennert and Robinson are both working hard on preparations for the 2018 Fall AUBER Conference this October.

“We are excited about hosting the conference,” Robinson said. “We are huge fans of Salt Lake City. It is one of the most beautiful cities. People will fly in and see the gorgeous mountains, and in 10 minutes they will be downtown in one of the most, clean, vibrant, and revitalized areas.”

The AUBER conference opening reception will be held in the newly renovated mansion of copper mining magnate Enos Wall, also the headquarters of the Institute. While in the building, conference attendees will be able to visit a very special place – the Thayne Robson Conference Room.

After the conference, Tennert said she hopes people take time to visit Moab and the nearby national parks that are “out of this world.”

“I hope people will take away the Utah experience,” Tennert said. “It will be great to have everyone at the mansion and see the legacy that Thayne is a part of.”