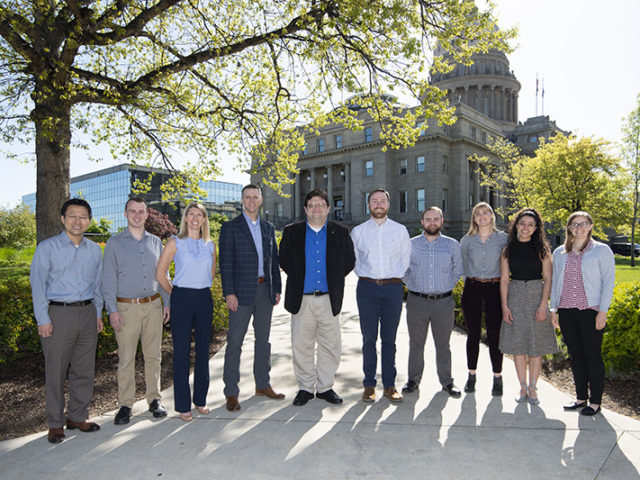 From housing and homelessness to zoos and nuclear reactors, Boise State University’s Idaho Policy Institute has completed more than 40 research projects across Idaho and grown to 12 staff members since it opened three years ago.

A number of projects are keeping Fry (and the Institute) busy, including:

In addition to ongoing projects, the Idaho Policy Institute teaches a capstone class to Master of Public Administration students, works with computer science students to create tools to better analyze Census data, and has created several interactive dashboards to keep on top of statewide and county-level economic and demographic trends.

“The success and growth of IPI far exceeds my wildest expectations, which is fully due to the outstanding staff of the institute their well-earned reputation for unbiased, objective, and exemplary work,” Cook said.

Joining AUBER has been a good fit for the Idaho Policy Institute, according to Research Director Vanessa Fry.

“When I went to the Salt Lake City conference, I was impressed with the presentations I saw and the people I met,” Fry said. “Being able to collaborate with other AUBER centers across that nation that do similar regional economics work in their states has been super helpful.”

Communicating through the AUBER listserv, an email list for the AUBER community,  has also been a benefit, Fry said, “The listserv have given me the opportunity to learn about the innovative projects all the AUBER centers are engaged in. This has helped me connect with colleagues across the country conducting similar research as IPI.”

Caption: Since the Idaho Policy Institute opened in 2016, it has grown to 12 employees. Pictured third from left is Vanessa Fry, the Institute’s research director. On her right is Executive Director Greg Hill. 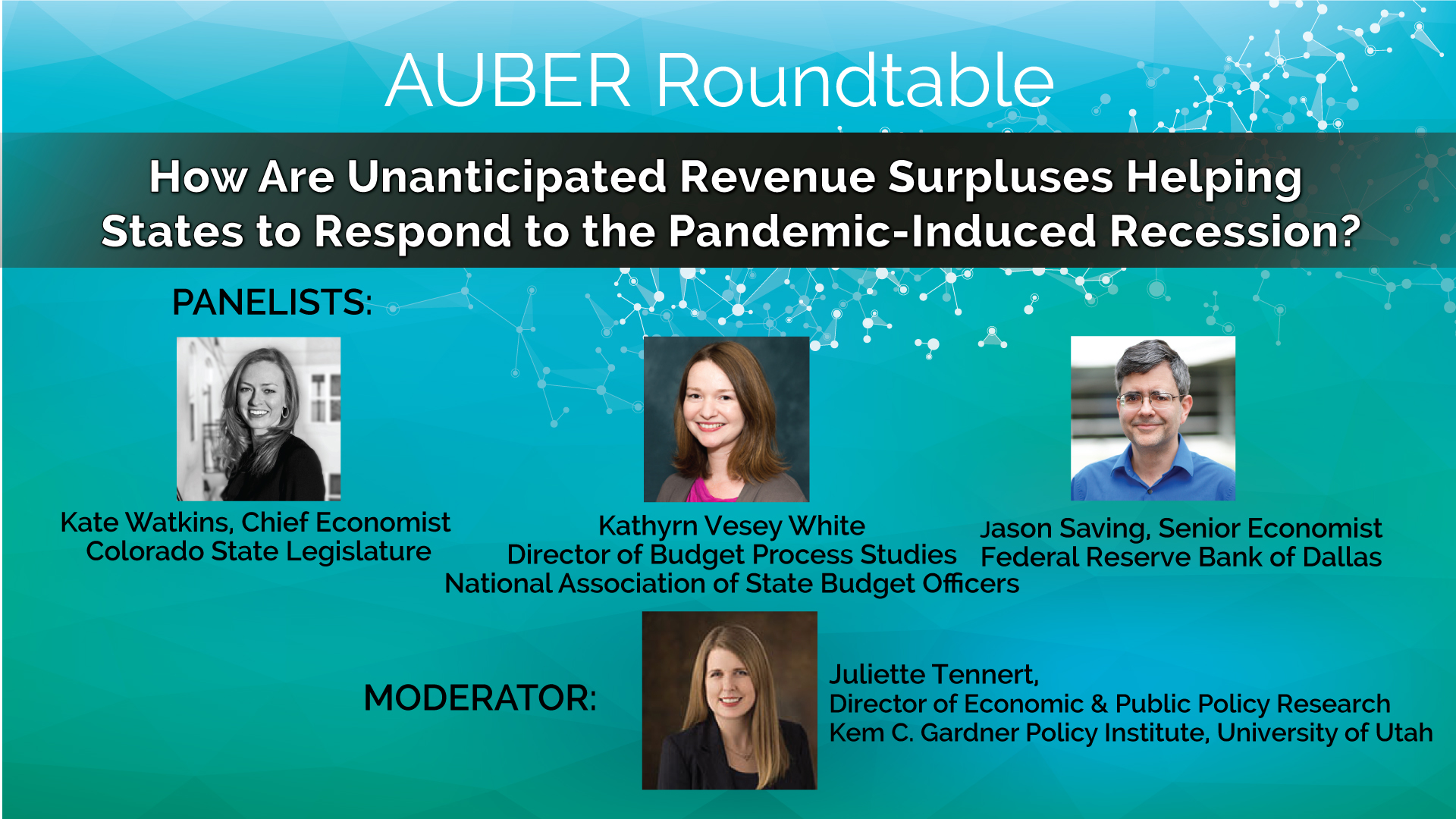 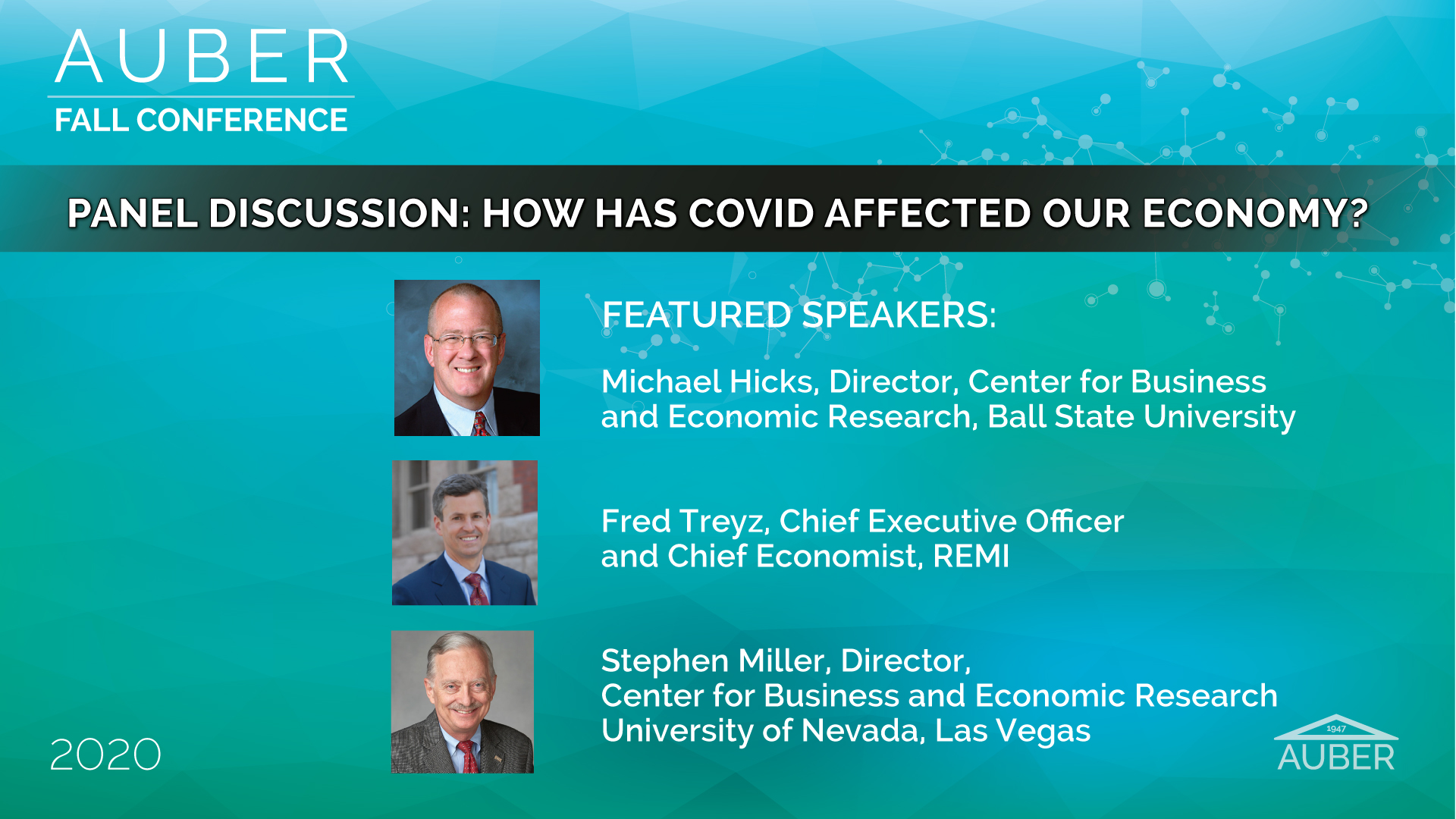 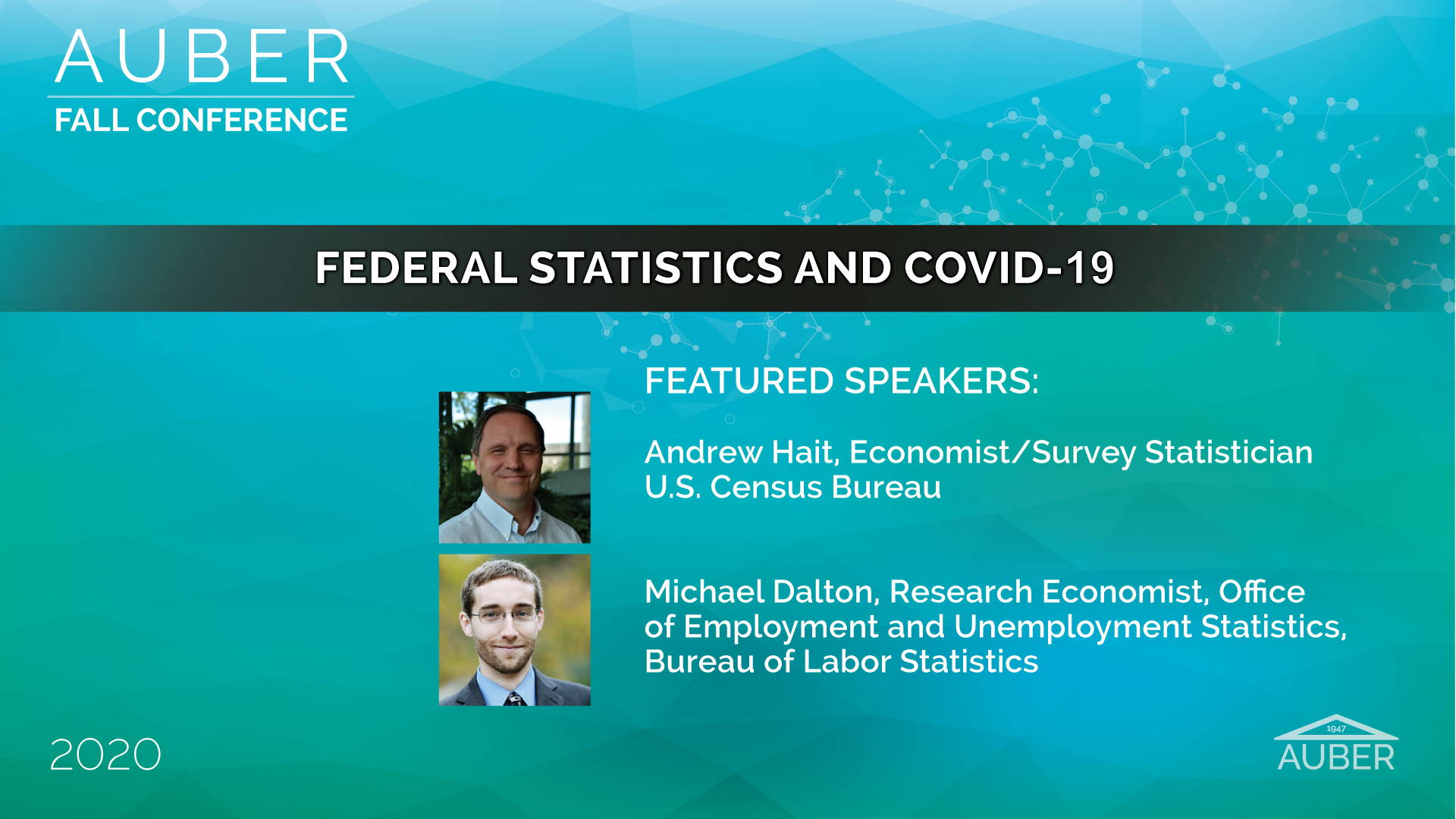 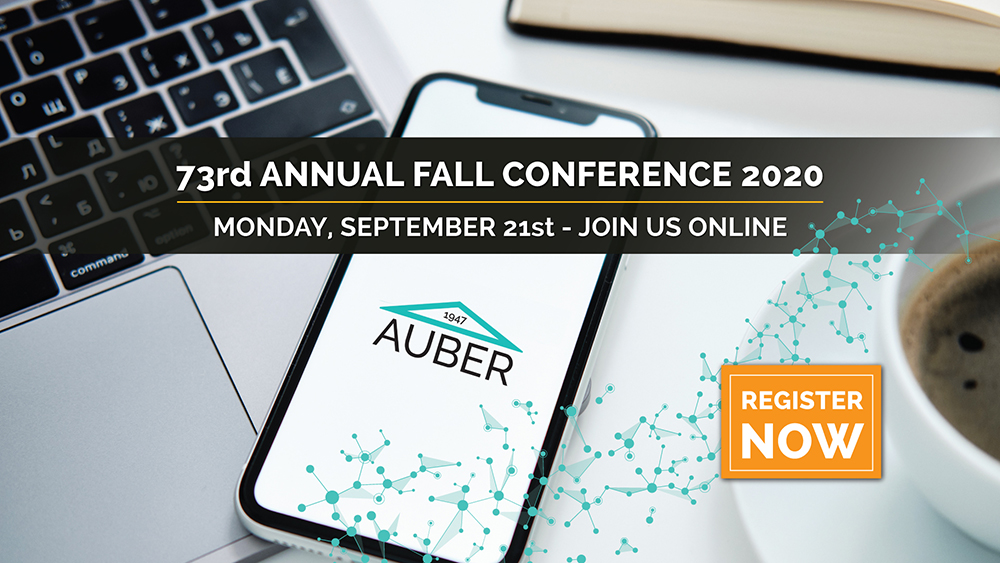 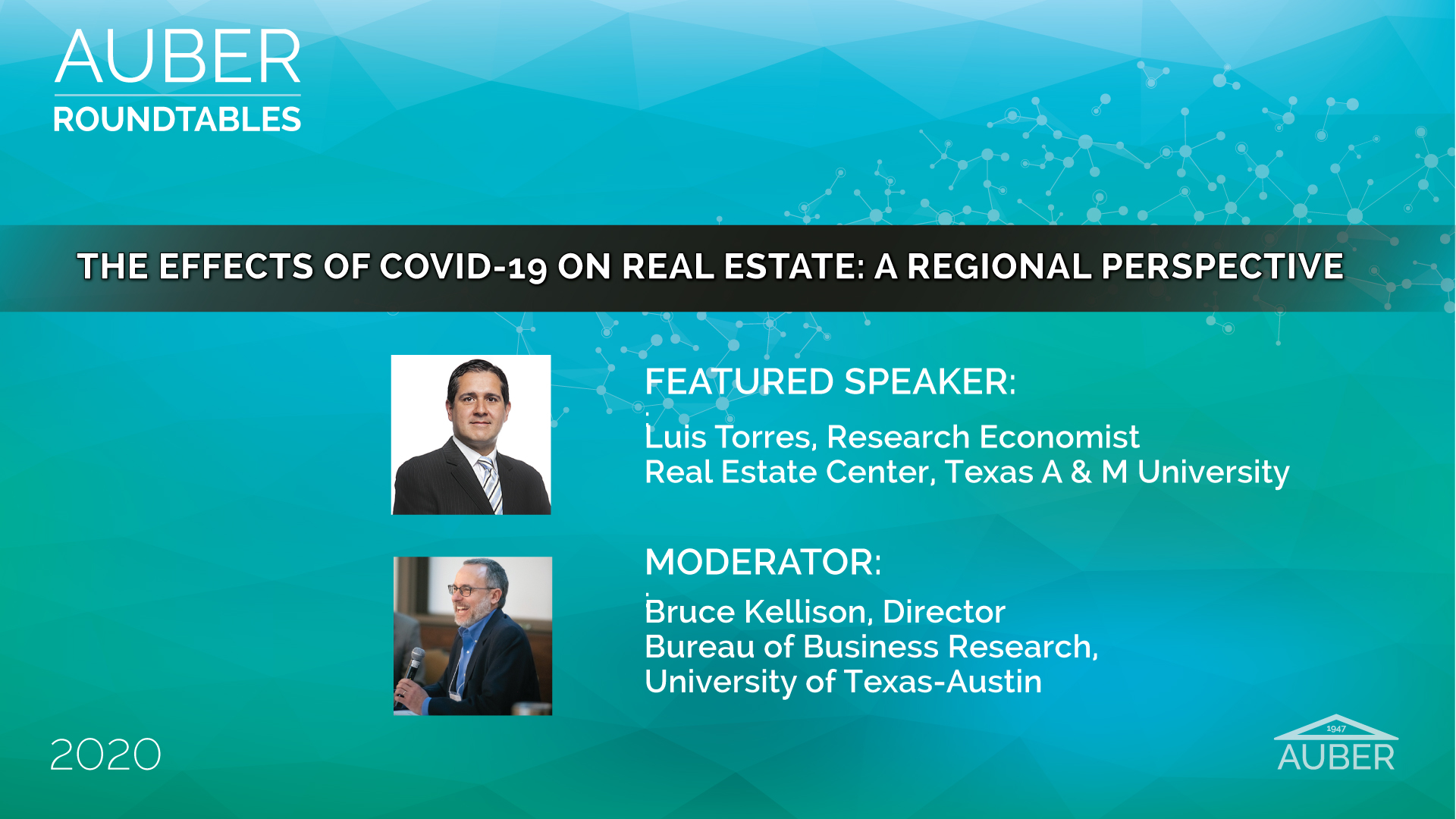 AUBER   @AUBER1947
The #COVID pandemic has had very different impacts on regions across the U.S. Join us tomorrow at 3PM EST for a roundtable w/ economists from Massachusetts, Nebraska, Arkansas, and Idaho who will share their state's stories. RSPV here: https://t.co/xlTBi81DAA https://t.co/Kab7x2obzr 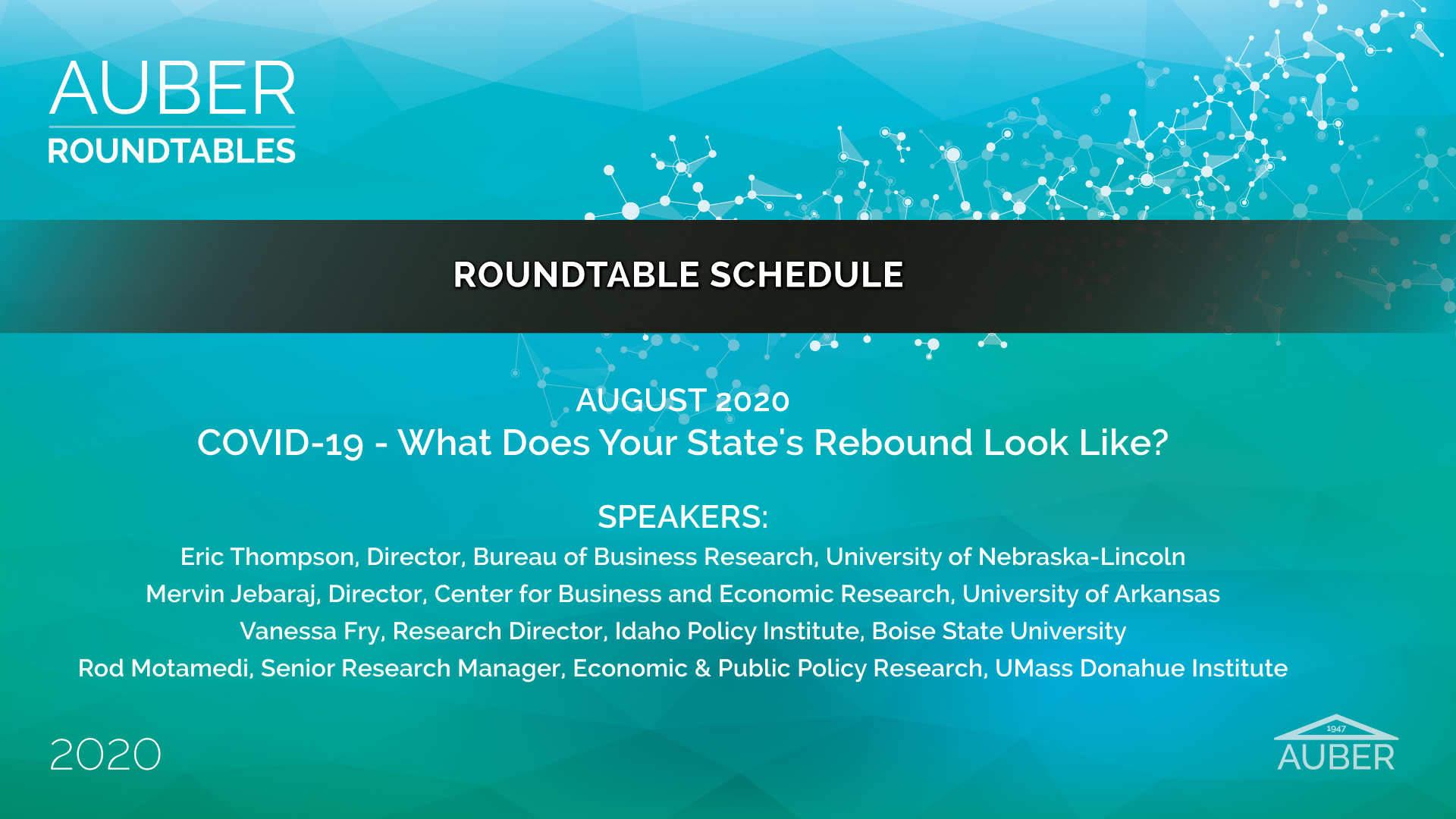 AUBER   @AUBER1947
How did social distancing behavior evolve in Indiana & were there behavioral differences in rural vs. urban counties? Data that tracks mobility through smartphones helps us understand. Join us today for our roundtable. Learn more here: https://t.co/qJTIf4fO8j https://t.co/kbz4nXhLte 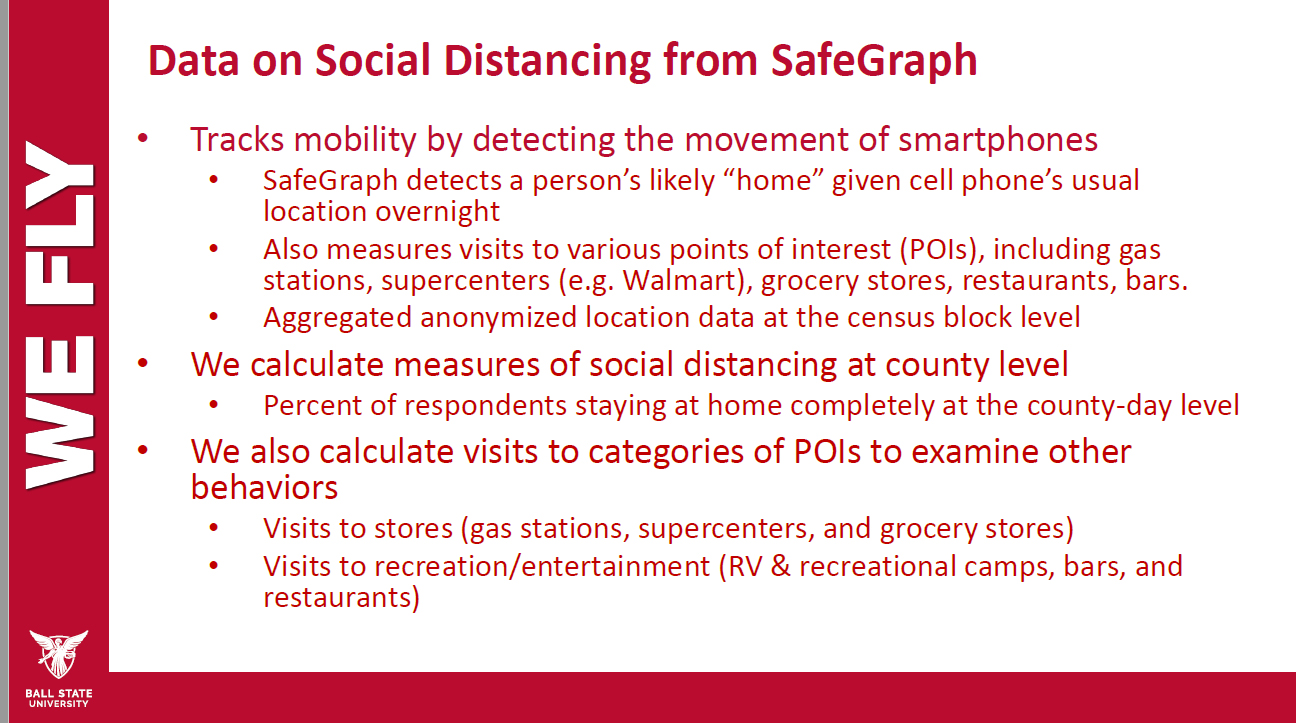 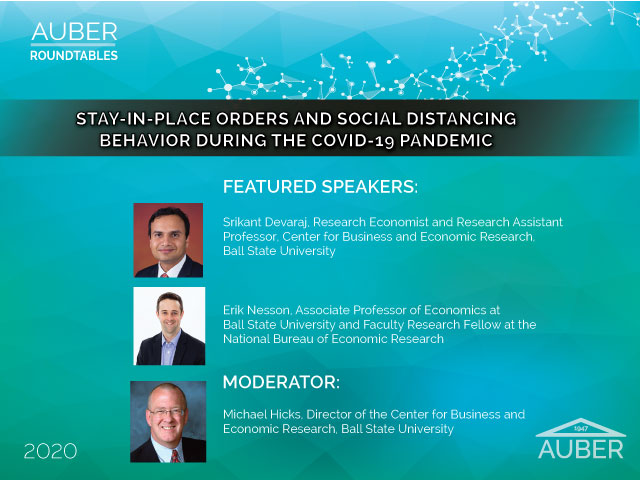