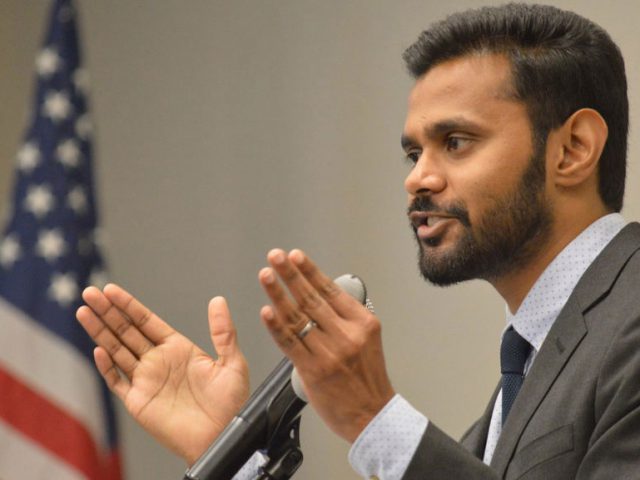 On the first day of the new year, Mervin Jebaraj will officially begin his new role as director of the Center for Business and Economic Research at the University of Arkansas. Jebaraj has been serving as interim director of the center since April 2017, when he took over from Kathy Deck.

Currently AUBER’s president, Deck was director at the Arkansas center for 10 years before she took at job as Director of Community and Economic Research Partnerships for the Culverhouse College of Commerce at the University of Alabama. Jebaraj, who started at CBER 10 years ago, is a strong supporter of AUBER.

“There are not too many centers like us that do the work we do,” Jebaraj said. “It’s nice to bounce ideas off people doing things in similar states, to see what works and what doesn’t, and to discuss issues dealing with different arms of the university, the public, and the state.”

In 2016, the Arkansas center hosted AUBER’s fall conference.  “It was nice to have everyone come and visit,” Jebaraj said, adding that it also brought the center a bigger profile at the university as well as at state and regional levels.

“I’m looking forward to continuing the center’s participation in AUBER and networking at our spring and fall meetings with other AUBER members,” Jebaraj said.

“I am so thrilled that Mervin will be leading the University of Arkansas CBER into the future,” Deck said. “His substantial experience and expertise make him the ideal choice and I’m glad that we will continue to work together in AUBER.”